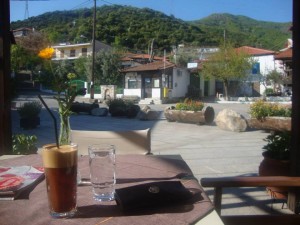 Build on the down hills of mountain Cholomontas, named Sougliani, just 800m away from the sea, the village of Ano Stavros is known for its great climate and the panoramic view that offers for many centuries to its residents and visitors.

It is believed that residents from the ancient villages of Argilos, Vormiskos, Avlona and Stagira first inhabited the village when they searched for protection high on the hills. It is also believed that the name of the village came out with an alteration of the name Stagira. (Stagira – Stagiros – Stagros – Stavros. Another theory justifies the name of the village Stavros cause of the cross point it was located, between of roman Via Egnatia and the path to mountain Athos.

At the year of 1440 the village was seizured by Turkish sultan Maura II. For some reason he respected the village and made it the large village of the area. At 1821 when the Greek revolution war took place the village was totally destroyed by the Turkish army. Only 4 houses, from the total number of 300, survived this ravage. The residents participated with great enthusiasm to the liberating battles witch finally led to 1912’s liberation.

The native residents of the village along with the refugees came from Asia Minor became a unified community for some years. The lack of homogeneity and many problems that occurred, led to segregation. It was then that the native’s village took the name Ano Stavros. Till then it was referred as Stavros. 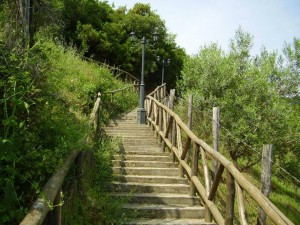 Today, Ano Stavros is part of Municipal District of the Municipality of Volvi. Despite the ravage the village suffers at the past, the village managed to maintain parts of the tradition once carried.

Ano Stavros’s visitors have the chance to: