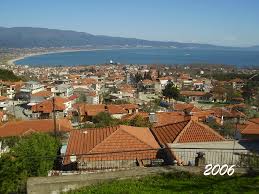 At the year of 1923, when Greeks forced to leave from Asia Minor, about 400 families from the village of Katirli of Vithinia, left their beautiful place and found a new place to fit in, as refugees, according to their parish they belonged to. 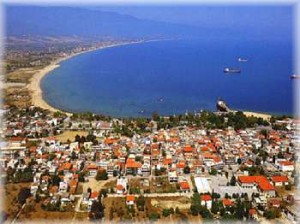 The refugee families along with the native residents of the villages Stavros and Vrasna composed for some years a united community. The lack of homogeneity and the distance between the three villages led to Vrasna detachment first and Stavros later. At 1931 accomplished the final segregation of the villages. The old village with the native residents named Ano Stavros, while the refugee village retained the name Stavros.

Today Stavros is the main village of the Municipality of Volvi, where the town hall is located. The old refugees village is transformed into a summer resort with modern turist facilities and plentiful natural beauty. The combination of mountain and sea offers the ability guarantees the satisfaction of varies tourist desires.

Stavros’s visitors have the chance to: